We'll Get You Moving! 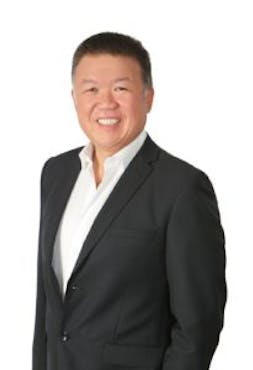 Born into a 2rd generation family of Chinese descendant in Singapore, David was exposed to a multi-racial and cultural society since young which resulted in his current ability to speak fluently in both the English and Chinese languages, as well as 3 other Chinese spoken dialects, Cantonese, Hokkien and Teowchew.

David was once a national rugby player for the Singapore team in his younger days. After servicing the Singapore Armed Forces for 2 years, he pursued his college education in the United States, graduating with a Degree in Business Administration.

Upon his return to Singapore, David started working as a Sales Executive at a local IT company, specializing in integration services. In 13 years, the company grew into a publicly traded company and David became the Chief Operating Officer (COO) and was also a shareholder of the company. He was one of the youngest senior executive in a publicly trade company in Singapore at that time!

In 2002, to give his children a better living condition and education, David decided to move the entire family to Canada. Not wanting to get back to the rat race IT business, David decided to pursue the construction business, which he was very familiar with since his dad in Singapore had been building houses all his life. His exposure to job sites since young came in very helpful! David continued his construction business in Canada until 2014.

Past injuries from his rugby days in Singapore was starting to hinder his mobility to be in the construction business, therefore in 2015, David decided to pursue a career in real estate sales and marketing.

Combining his 12 years of experience in Canada as a builder and his sales & marketing background in Singapore, David was quick off the block as a Real Estate Professional at Sutton Group-West Coast Realty. In his short tenure, David had already won the following awards:

David is also a keen supporter of the community, especially the Peach Arch Hospital Foundation, he had donated over $10,000 over the past two years. David is also long term donor to the Vancouver Children Hospital, since 2008.

David is very close to his 4 beautiful daughters, three of them were on full golf scholarship with various universities in USA. His eldest and youngest daughter are now working in Hong Kong and USA respectively, and they are both in Fortune 500 investment & consultancy companies.

David and his family has been calling South Surrey/White Rock home since moving to Canada in 2002.